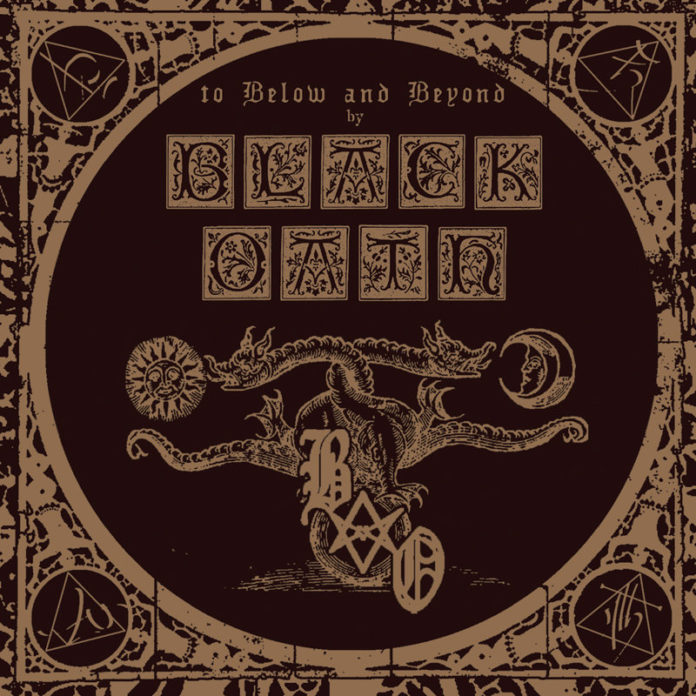 Although Black Oath‘s third album takes its time gearing up, after a few minutes of slow-moving build-up, the vocals break in, the guitar comes out in earnest, and the drums start hitting harder. From there, the band allows its traditional form of doom metal flex where needed, and slow to morbid introspection elsewhere, throwing in semi-noodly guitar lines and hard riffs to keep the energy balanced but not monotonous.

The mixing sounds fine for the most part, but there are times when the shine of a power chord seems a little smothered. Nice work is done in keeping the bass prominent without overpowering the rest (though some doom fans may find that a disappointment), and the drums generally sound good, if a little too obscured.  Good work is also done with the levelling of the vocal, bringing them up for the dramatic wails and sliding back down a little for the more subdued sections, while keeping them well-proportioned to the other instruments. There’s also some clever harmonizing between the guitar and vocals, probably the most evident example of the musician’s individual parts playing off of each other.

The lyrics are, admittedly, fairly bland for the style, drawing heavily from old-school doom without much to stamp a sense of their own character on them.  That said, they play it well enough, with some tasty flourishes thrown in, and there’s a reliable audience for satisfactory ‘moon-lit graveyard’ doom, so faulting them for playing it faithfully doesn’t amount to much of a criticism.

All told, To Below and Beyond is an album that’s perfectly serviceable for what it does, but it doesn’t offer much in the way of new interpretations.  If you’re looking for something to scratch that particular genre itch, have at it, but keep your expectations low for a pleasant surprise instead of getting let down by high hopes.

Black Oath – To Below and Beyond
Reader Rating0 Votes
3.5