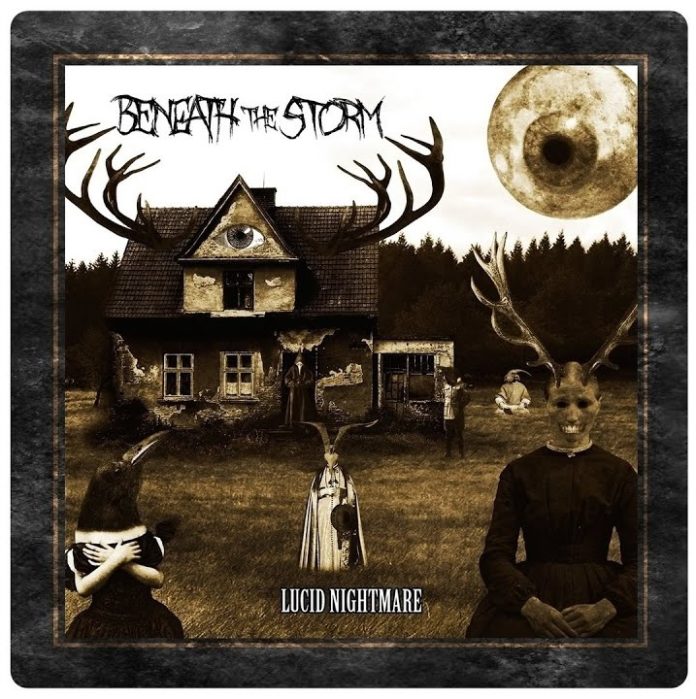 Have you ever wondered what Alice In Chains would have sounded like if they had tried their hand at funeral doom, while listening to Crowbar and Acid Bath? Probably not, but that’s exactly what Lucid Nightmare sounds like. Beneath The Storm is a mix of all of the above sounds, complete with yarling vocals (like those of Eddie Vedder, Scott Stapp, and just about every 90s grunge/alternative singer) and stoner-approved fuzzy riffs.

I can honestly say that I did not expect the sounds that came out of my speakers when I hit play on this release. The riffs are melancholy, melodic, and crushingly heavy, but the vocals are somewhere between Layne Staley’s (Alice In Chains) lower register, and Sully Erna, of Godsmack. The vocals were a real shock, and though it’s not really my favorite style, it works pretty well on songs like “On High In Blues Tomorrows” and “Nightmares Overcome,” which have some pretty bluesy/sludgy Crowbar-meets-Eyehategod voodoo going on. Fans of the stoner doom genre will absolutely eat this record up, and rightfully so, as I got actual goosebumps during some of the riffs; on the other hand, if you’re looking for a little more death/doom type stuff, the vocals will be a pretty big buzzkill for you.

The tone throughout Lucid Nightmare stays pretty consistently sludgy, with just enough cleaning up to make this album a contender for just about anything else in a similar vein that might be on a bigger label. The vocals get a little tiresome after a while but, again, if you like the “soulful redneck” croon that Eddie Vedder made famous, this shouldn’t be an issue, since the riffs all rule.