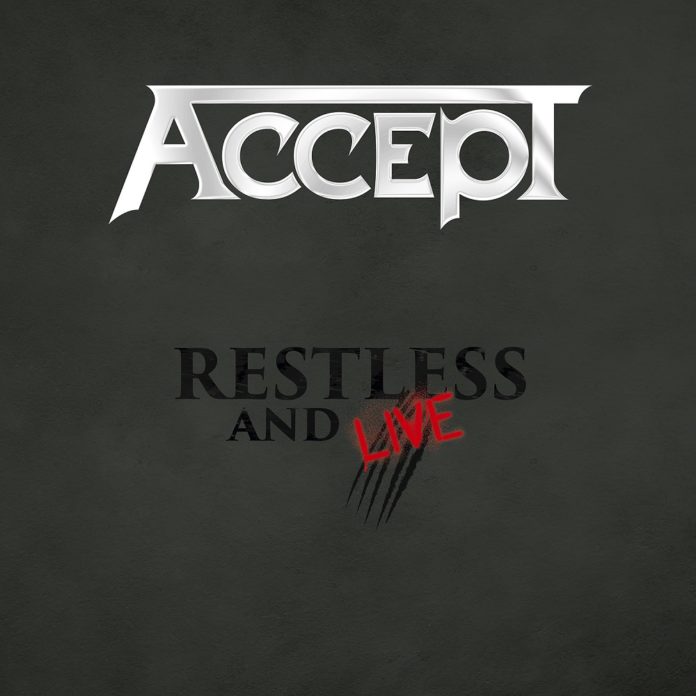 As much as I enjoy the more extreme side of metal, I will always have a soft spot for classic heavy metal. Bands like Judas Priest and Iron Maiden have an almost mythic quality to them, as if they’re untouchable gods on stage, giving us a glimpse of heaven with each album release. One of the most influential (and yet, in my opinion, underrated) bands that we can find in the pantheon of classic metal is Accept, a band that,  alongside Scorpions, empowered German heavy metal, and are often credited as being pioneers in the speed metal genre.

Recorded at Bang Your Head!!! Festival in Germany, Restless and Live is an absolute heavy metal feast, with the energy staying strong through all 27 tracks. The opening shots of “Stampede,” “Stalingrad,” and “Hellfire,” set things off at a furious pace, and showcase a band that is still in their prime. It’s interesting to hear the newer material played alongside these classics, focusing in how well they blend together. Sure, many of the older tracks aren’t quite as fast as “No Shelter,” but they are played with the same intensity. Mark’s vocals sound like a mix of Udo Dirkschneider and Brian Johnson from AC/DC, with a gravelly quality that also happens to have a pretty impressive range. The crowd is pretty vocal, singing along to their favorite tunes, reaching a fever pitch towards the end when “Fast As A Shark” and “Balls To The Wall” each kick in.

The sound on Restless and Live is nearly studio-quality, and walks the line between listening to an album at home, and seeing the band in person. You get to enjoy the intensity of this show without having to share that experience struggling to see the band as you’re surrounded by a crowd of sweaty, drunk metalheads! Accept have chosen a pretty solid set-list, spanning 3 decades’ worth of Teutonic metal wizardry, while the ebb and flow of the album as a whole is pretty natural, with a good variation of speed between songs. Two discs is a lot of material, but Restless and Live manages to keep the listener’s attention the entire time, which is a testament to how strong the material is.

While this album is perfect for fans of classic heavy metal, it is also a good starting point for anyone that might not be familiar with Accept. It is essentially an abbreviated discography, as there’s a little bit of each era mixed in there. There is no question that the whole band is made up of nothing but talented musicians and that even purists who still miss Udo being in charge of the vocals, will have to admit that Mark Tormillo‘s gruffier style add an extra edge to the music. This album is definitely worth your time.

In a nutshell
Excellent live record and a true milestone for one of heavy metal’s greatest pioneers, Accept.
Reader Rating3 Votes
Positives
Excellent production
Great mix of songs from the band’s extensive back catalogue
Solid musicianship and plenty of interaction with the crowd
Negatives
Mark’s vocals might not be for everyone, due to their gravelly nature
4.5
Amazon UKAmazon USAmazon DE