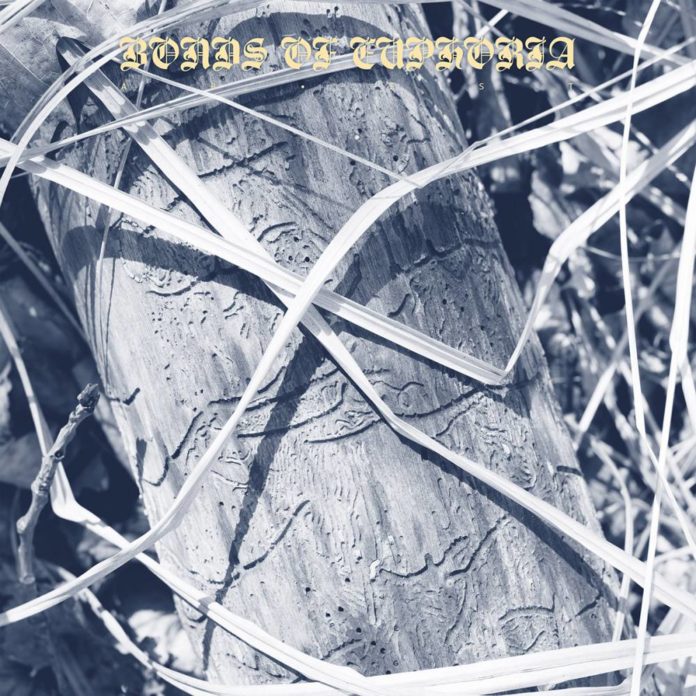 Post-metal can trace its sonic roots back to a number of sounds, with the two most often-cited genres being post-rock and hardcore. While the groundwork for what constitutes post-metal was essentially laid out by Neurosis in the early 90s, many other bands have given their own interpretation of that sound. Some choose to go for a droney, more post-rock influenced vibe (Pelican are a great example, as well as Red Sparrowes), while others opt for a much heavier, “atmospheric sludge” sound. Germany’s Abest belong in that second category, as you can hear on their nightmarish new release, Bonds of Euphoria.

While Neurosis and Isis comparisons are inevitable, I want to stress from the very beginning that Abest are closer to a hardcore band than they are to a post-rock band. Their sound has more common ground with bands like Cult Leader, Light Bearer, and Downfall of Gaia, in that they sound like a hardcore band that incorporated some atmospheric drone influences. The vocals are a guttural hardcore yell that perfectly compliments the bludgeoning, jagged riffs on tracks like “Endure” and “Bonds of Euphoria.” The album has very few moments of serenity, though “Dread” does momentarily slow down the pace with an eerie, clean guitar line that creates a sense of foreboding.

While Bonds of Euphoria isn’t entirely devoid of melody, even when you hear strains of it in “Endure” and “Dread,” there’s a bleakness that engulfs their sound, giving it a cold, nihilistic feel. “Rudimentary Need” is one of the shortest (and heaviest) tracks, but probably the most representative of the overall vibe this record gives off, which is one of unbridled chaos and apathy. Another band that comes to mind is Judas Goats and Dieseleaters-era Ed Gein, who were also a three-piece band that had a similarly grindy, noise-metal vibe, though Abest have a little more in the way of atmosphere in their sound.

The production has a somewhat murky, almost live-sounding quality to it, which enhances the nightmarish quality of the music. What Abest create isn’t exactly pretty, so a completely pristine production wouldn’t have made much sense here. The bass in particular is fuzzy, and is given a big boost in the mix, while the guitars can be a little buzzy, creating an intentionally abrasive tone that also serves to build up the uneasiness the band is clearly trying to make you feel. Whether you consider them a hardcore band, post-metal, or atmospheric sludge, Abest are certainly a band worth checking out if you’re a fan of Light Bearer or Downfall of Gaia.

Abest – Bonds of Euphoria
A great performance of dark, sludgy post-metal.
Reader Rating0 Votes
POSITIVES
Ridiculously heavy and atmospheric sludge/hardcore
Though it's clear who their influences are, Abest manage to make a sound that isn't derivative of any of those influences
Production gives the listener an idea of what this band would sound like live
NEGATIVES
If you see the "post-metal" moniker, and are expecting something along the lines of Isis, this isn't going to be your cup of tea
The production isn't super clean, so if you like everything to sound manufactured, I guess this won't sit well with you
5

Solace and Stable – The Systematic Erosion of Integrity