Metal Blast!
Home Articles Satan Save Me From Your Followers: Why I hate Black Metal Fans 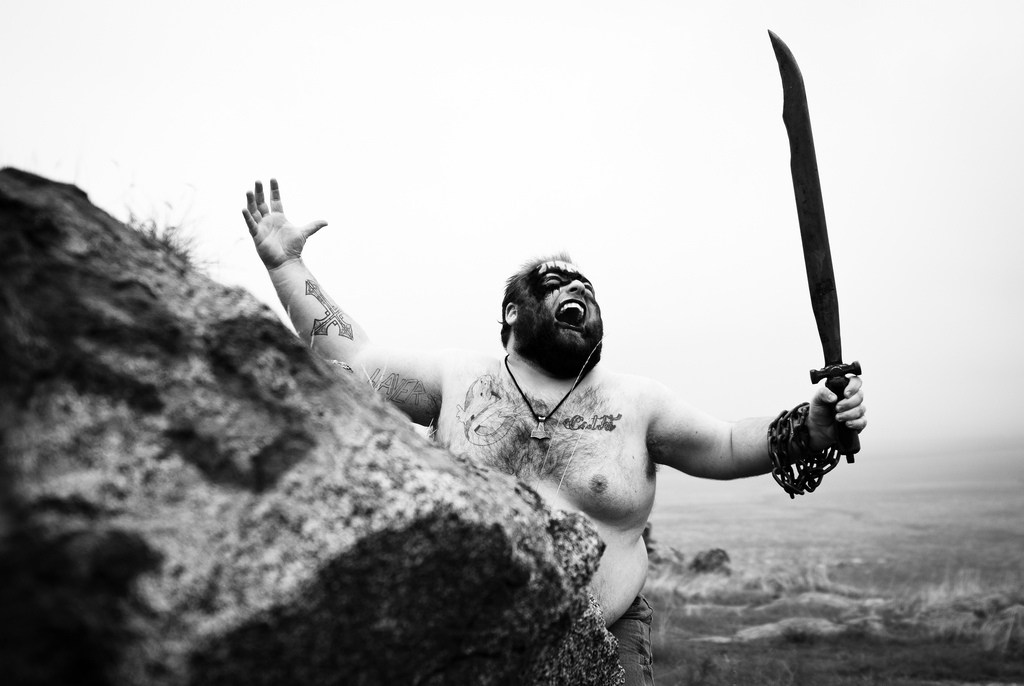 I love black metal. From the melodic approach taken by Dissection and Watain, to the downright cacophonic sounds of Burzum, I fucking love it. There is something about the darker sides of music that really gets me going, and I will happily (albeit evil-y) headbang the shit out of it at a concert (or in my living room, if no concerts are available).

I do have a problem, however, with ­black metal fans. I cannot stand the annoying little fuckers.

Of course, this isn’t an attack on every black metal fan (after all, I am one of them) but rather on the pretentious, elitist fuckface who proudly claims to be a member of the black metal militia, while sporting the mandatory Watain/Dissection back patch, trying to look tough on his little sister’s jeans. Throw in a “Jesus is a Cunt” or “Fuck Me Jesus” t-shirt and you’re all set. You look like a fucking obnoxious moron.

Listen, I could not give less of a fuck if you don’t believe in God (one of the pleasures of being wishy-washy agnostic is that I don’t care) or that you’re actively trying to destroy religion one drunken rant at a time; I don’t even care that your Satanic slacktivism usually goes up to and including going to the butcher shop to buy a pig head to fuck or whatever it is you do when you and your Satanic brethren meet in your mom’s basement. It’s just that I find it ridiculous that a bunch of assholes think that wearing tight leather pants (or jeans) and a studded jacket makes them look threatening and/or evil, particularly when you consider that their Luciferian pizzazz has pretty much been adopted as 2014’s clothing of choice for suburban girls. I think I speak for the majority of humans when I say that I have never seen a black metal fan and thought to myself “holy shit, I’m in trouble now!”.  Despite the clear devotion to looking tough and evil, black metal fans still rank slightly lower than preteen One Direction fans in my threat-o-meter, although a pinch higher than Salvation Army members. Although part of this might just be the result of 16-year olds not being very intimidating, it’s also because the things that they believe are scary, like trenchcoats, spikes, corpse paint, mascara and nail polish, work well on TV or on stage, but really don’t pack a punch when they’re being sported by an acne-covered teenager.

My issues, of course, don’t come from their appearance alone. After all, I was also a stupid teenager whose definitions of “cool”, “evil” and “badass” were completely moronic. Most of all it comes from the elitism that you encounter in these communities, and which quickly makes you want to go back a couple of hundred years and just have the little fuckers burned for witchcraft.

Although elitism is a common trait in metal in general, black metal elitism is a whole different beast. For some reason, and particularly for those who label themselves as belonging to the Mysanthropic Luciferian Order (of the Unemployable), their little sociopathic worldview puts them above the rest of the world; they are the wolves in a world of sheep. While it is ironic that the only “elite” people I’ve met are unemployed and addicted to drugs, it seems to be a common trait. If you have little to nothing to show for, it’s always good to convince yourself that the rest have it wrong, while you are the one true king. Kind of like how some (often unemployed and lazy) people define themselves as geniuses who’d totally get a Nobel prize if they wanted to. Your metal is not real metal unless you’re one of them, and your black metal is nothing but a lullaby unless you’re talking about Satan.

Hiding in their mom’s basements and living off social security, the elitist wolves wait for the day of reckoning. The day in which the blood of the righteous will paint the streets red, and the virgins will be sodomized and crucified to honor Satan.

Or, you know, the day in which the new Skyrim comes out, or whenever their balls drop, stand up to their high school bullies and learn to talk to a girl without having to give their credit card number. Whatever happens first.

It’s a sad but obvious truth that people with nothing to show for themselves will use the creations of others to validate themselves. In other words, if all you have is your entertainment to prove yourself, then you really have – and are – nothing.

It’s very simple. Those who scream the loudest, feel the need to reiterate why they and their beliefs are better than you, overstate what clan or tribe they belong to, are quite frankly weak, immature, self-conscious, self-worth, and lack self esteem. The exact opposite of the confident, hunter, and existentially secure individual.

I don’t mind the fashion I like it but as a black .metal no as a metal fan in general im sick of these elitist cunts just because you believe a certain thing does not make you a baddass I’m an odindist and its not bad ass and I don’t care these people annoy the hell out of me.

I am a Black Metal fan, a Satanist, and I still can’t stand these people. Even some of the musicians who make the music make me roll my eyes so hard I’m surprised they don’t fall out of my head (I’m looking at you Erik of Watain).

I generally keep my spiritual beliefs a private matter and people know my music tastes because I usually have music on if they come over, but I will also listen to 80s pop or whatever else sounds good.

Thank you very much for sharing your views here.
I don’t really have an issue with anybody’s beliefs, but it’s precisely when they go into this GRIMDARK competition, trying to see who is the edgiest edgelord, that (just like you) I roll my eyes.

To hell with you. As far as I’m concerned, you’re not any better than them.

Since you love Satan so much, you and him can fuck each other to death in Hell for all I care. Hell, you’re no better than any other Satanist.

This doesn’t seem like a very objective article, which is rare considering you usually write pretty outstanding pieces. Have you considered that gate keeping and elitism can be a good thing? The reason why Black Metal is one of the last bastions where commerce and politics hasn’t fully set foot yet is exactly because of that attitude. Power Metal, Folk Metal and all the other sub-genres have long fallen due to their welcoming appeal.

How I got Banned from Photographing Arch Enemy